After the completion of the first phase of the CO State Highway 9 Safety Project in December of 2015, an early monitoring report, released in 2017 by ECO-Resolutions of Golden, Colorado, confirmed that many different species of wildlife were preferentially using the structures with success rates ranging from 82%-98%, even before the entire project was completed.  Participating in the study were researchers from CO Parks & Wildlife (CPW), CO Department of Transportation (CDOT), US Fish and Wildlife (USFWS), and ECO-Resolutions. 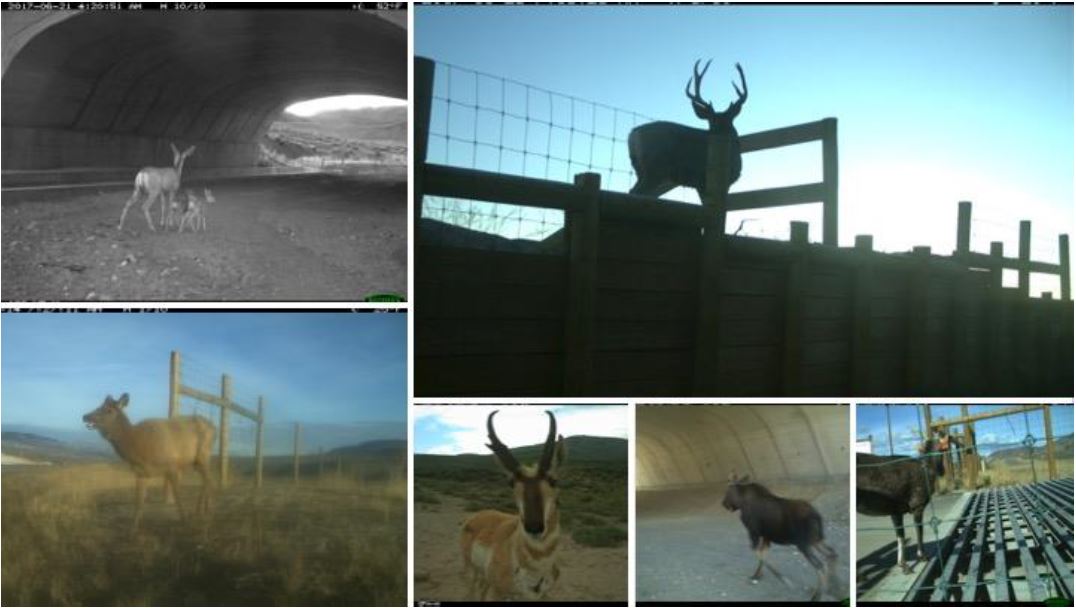 As the second phase of the project was completed in December of 2016, the comprehensive monitoring study continued to document wildlife use of the crossing structures and the project’s impact on local wildlife and traffic.  The March, 2018 release of the Year 2 Progress Report included the first monitoring results for both completed phases of the project, including all 7 crossing structures.  The report clearly showed the same success rates extended to Phase 2 of the Hwy 9 Safety Project.

This past April, 2019, the Year 3 Progress Report was completed by Eco-Resolutions (see download below), and the findings were as exciting as they were instructive. Using 62 motion-triggered cameras to record animal movements from December 2015 to April 2018, the report included these highlights: 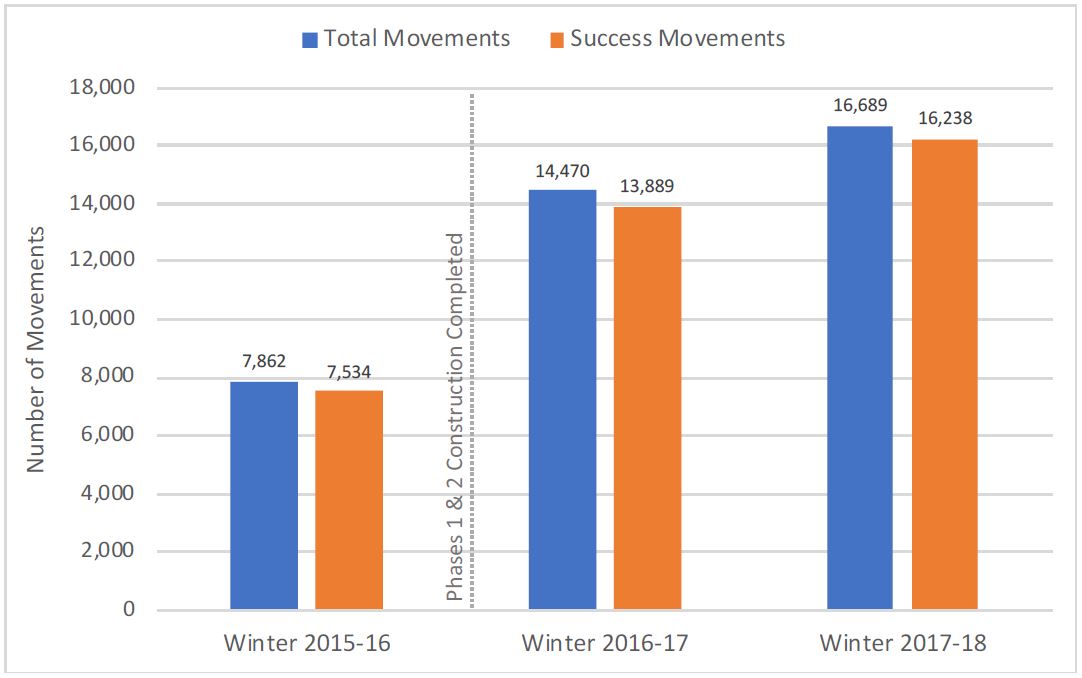 Figure E-1 from the Progress Report illustrates how many successful movements vs total movements by mule deer at crossing structures for each of the 3 winter seasons covered by the study. 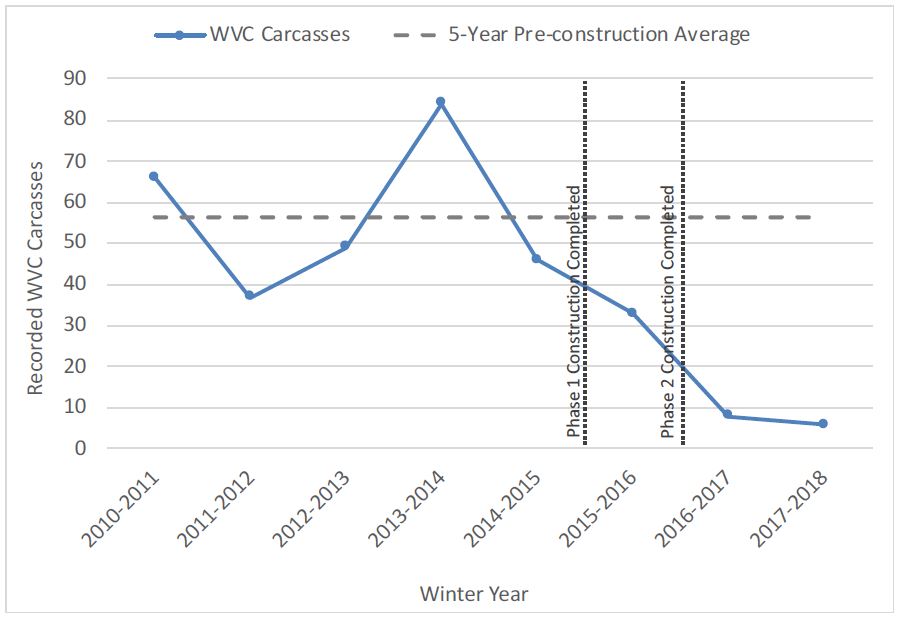 The study will continue to monitor the project through the upcoming 2019-2020 winter, and researchers will use the information they gather to help CDOT and CPW continue to manage the structures and the fencing. The final results should be very informative, not only for continued management of the Highway 9 Project, but also for future similar mitigation projects across the West.