During the early stages of the CO State Highway 9 Safety Project, when the design was still in progress and funding was uncertain, monitoring data provided critical evidence that the project was necessary, important, and urgent.  As the project was approved and moved toward construction, monitoring continued to support the significance of the project to stakeholders and the public.  After completion of the first phase of construction in 2015, monitoring cameras documented multiple wildlife species using the crossing structures despite continued skepticism as to their effectiveness. 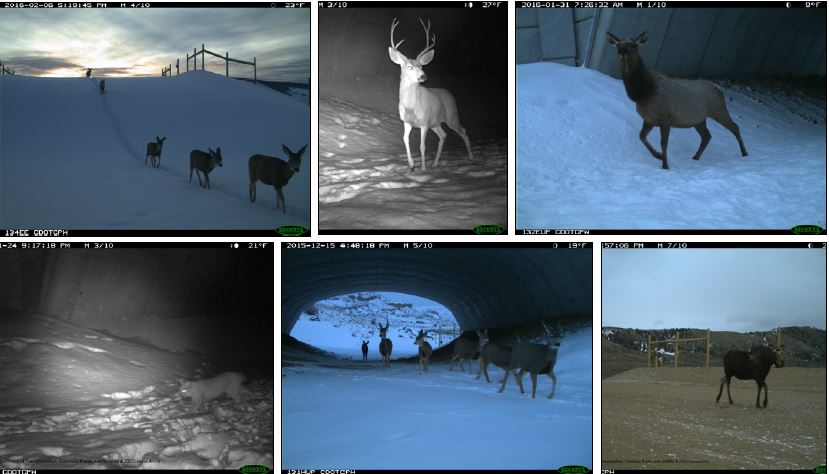 Seeing is believing, however.  The pictures and data gathered through the monitoring program are summarized in the recently released Phase 1 Pre-completion Monitoring Report prepared by ECO-Resolutions, of Golden, Colorado (see below for the download).  The report highlights differences between the completed (Phase 1) northern portion of the project area, including 3 of the 5 underpasses and 1 of the 2 overpasses, and the incomplete (Phase 2) southern portion of the project.  Covering mainly the four-month period from December of 2015 through March of 2016, the report includes researchers from CO Parks & Wildlife, CO Department of Transportation, US Fish and Wildlife, and ECO-Resolutions.  A few highlights of the report: 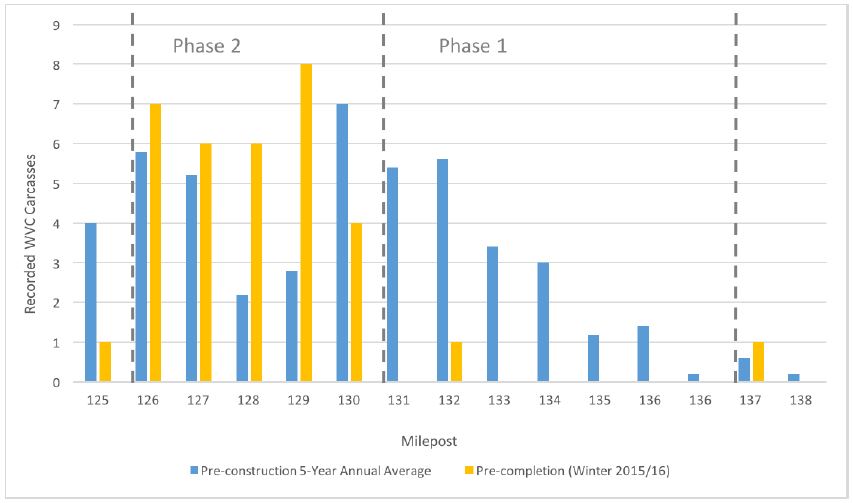 Now that the second phase of construction has been completed, the cameras are still in place, and research is scheduled to continue through 2020.  We eagerly look forward to even more impressive results in the next few years.