A lot can happen in five years when local communities and state agencies work towards a common goal.

This past month saw the long-anticipated completion of the CO State Highway 9 Safety Project, a $50-million undertaking that began in 2011 when Blue Valley Ranch initially offered to fully fund CDOT’s design of the innovative project to protect both wildlife and motorists.  Over the next three years, a local citizen’s committee headed a grassroots effort to form a public/private partnership to move the project forward.  In 2014, the committee managed to secure funding for the entire project from both public and private sources.  Two busy construction seasons later, and the project has been completed ahead of schedule and under budget, and features the first wildlife overpasses built in the state of Colorado.  Furthermore, monitoring efforts led by CO Parks & Wildlife have already documented wildlife use of the crossings and a 90% reduction in wildlife-vehicle collisions. 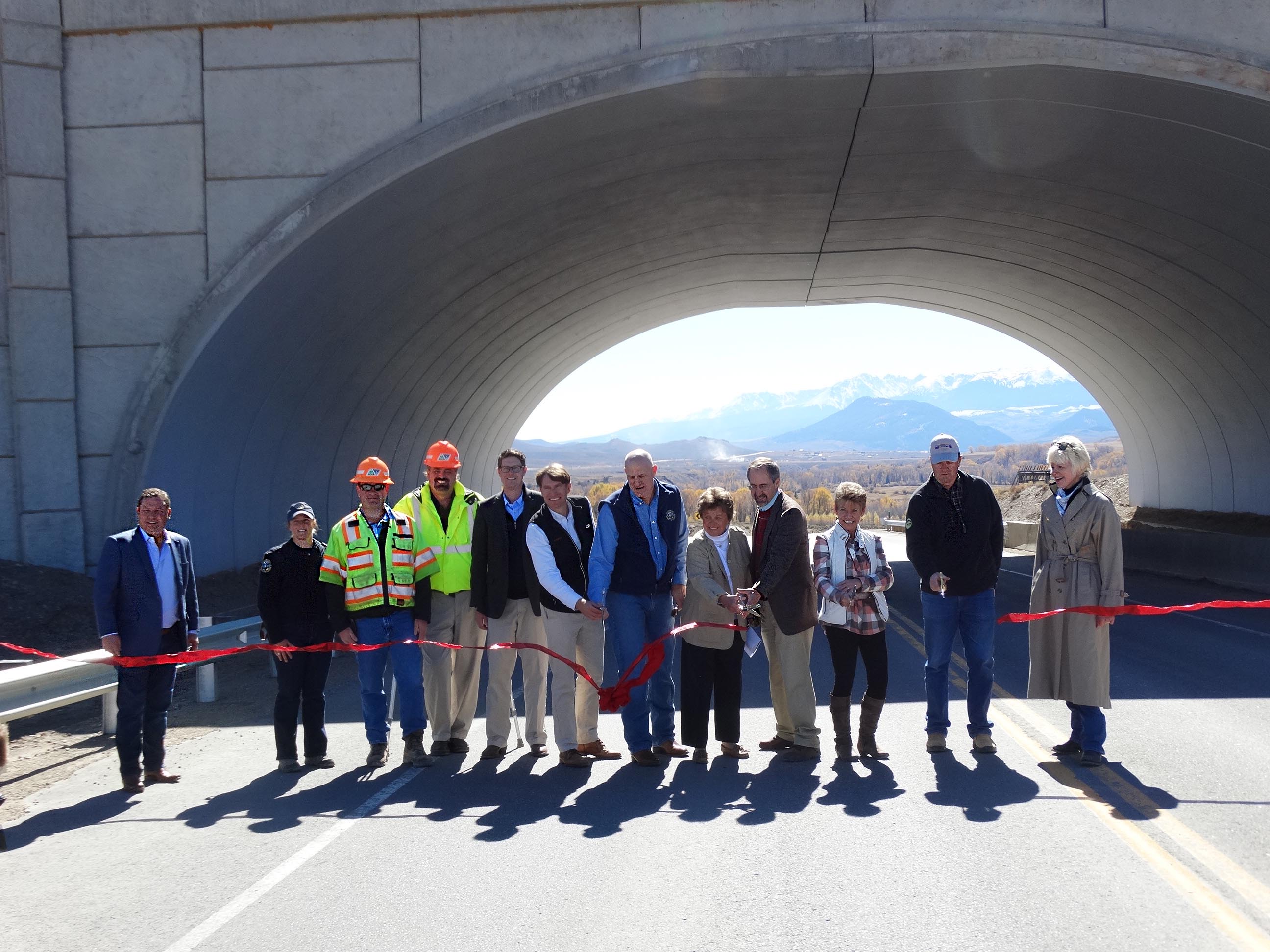 To celebrate the many successes of this ground-breaking project, a ribbon-cutting ceremony was held on October 7 including representatives from CDOT, CPW, Grand and Summit Counties, Kirkland Construction, and private citizens from the local community.  The ceremony also included an unveiling of the Safe Passage Wildlife Crossing poster contest winners, one student from each of Grand and Summit Counties.  Their posters will be converted into highway signs, to be posted roadside in commemoration of one of Colorado’s most innovative and collaborative conservation projects.