From the initiation of the CO State Highway 9 Safety Project in 2011, to its approval for funding in 2013, to the project’s final completion in late 2016, a comprehensive monitoring program has tracked wildlife responses and vehicle collisions from start to finish. This past summer, the release of the year-4 monitoring report presented the results of post-construction monitoring from December of 2015 through April of 2019. Participating in the study were researchers and scientists from CO Parks & Wildlife (CPW), CO Department of Transportation (CDOT), US Fish and Wildlife (USFWS), and ECO-Resolutions.

Researchers used 62 motion-triggered cameras at 49 locations to record animal movements and behavioral responses to the wildlife mitigation structures, which include 5 wildlife underpasses, two wildlife overpasses, wildlife guards, wildlife fencing and escape ramps. The findings of the report continue to be encouraging, including these highlights: 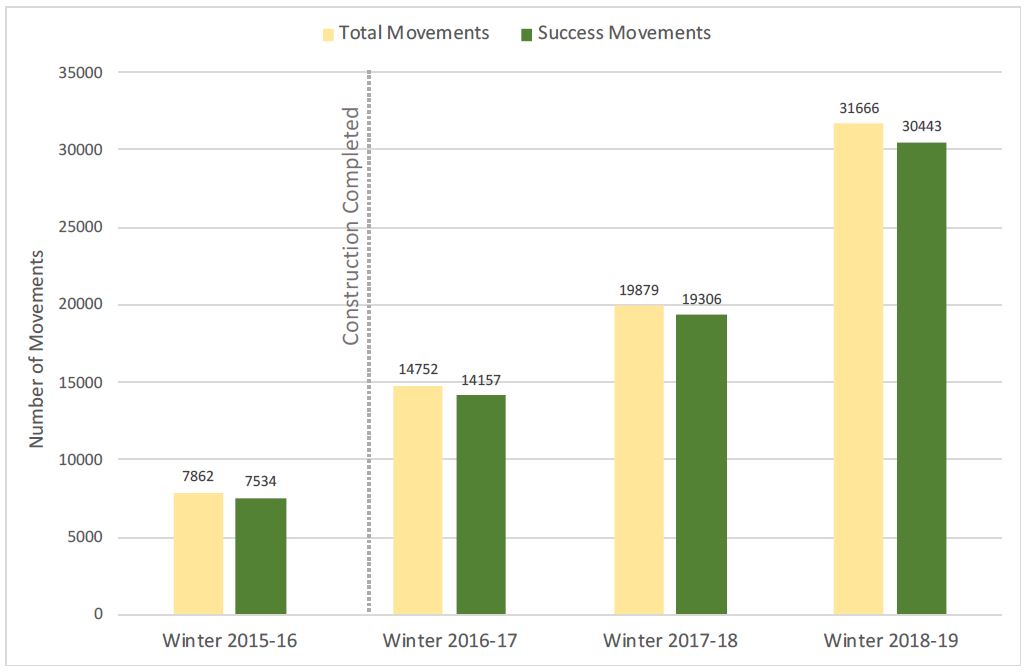 Figure E-1 from the Progress Report illustrates how many successful movements vs total movements by mule deer at crossing structures for each of the 4 winter seasons covered by the study. 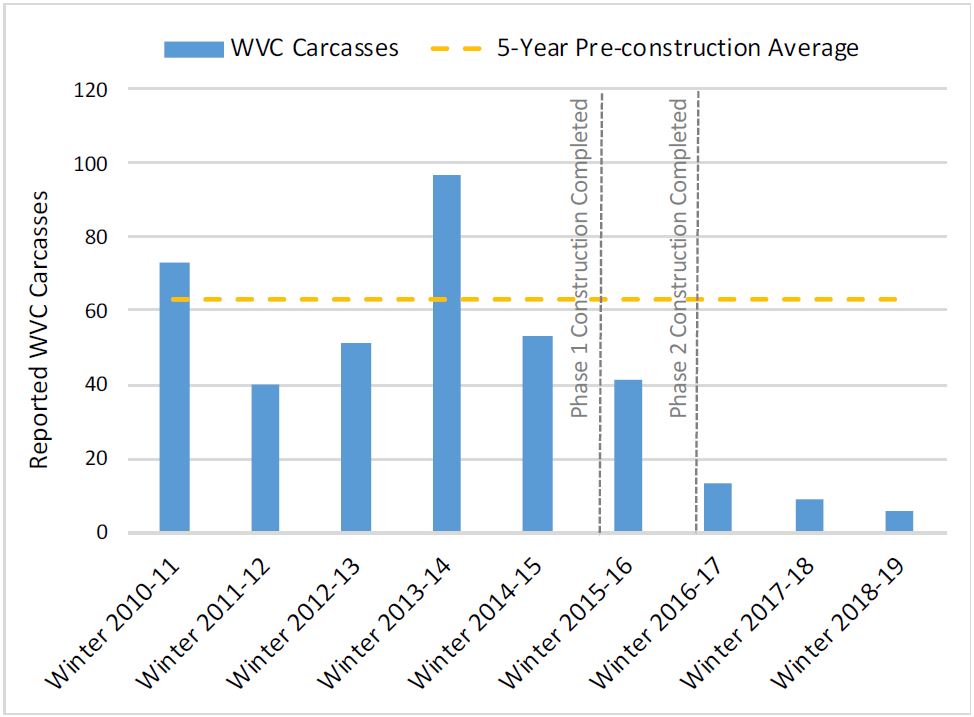 Researchers will continue to work with CDOT and CPW to monitor and evaluate the project through April of 2020. So far, the Project has met or exceeded all expectations for reducing wildlife-vehicle collisions and encouraging wildlife to use the crossing structures. The data from the monitoring program through the final year of data gathering will be critically important for a final analysis of the project’s success, and will be used to inform future wildlife-highway mitigation projects across Colorado and the West.