As the second construction season for the CO State Highway 9 Safety Project rapidly approaches winter, the project is just passing 80 percent completion.  Ongoing monitoring continues to document wildlife using the crossing structures, and project planners were very excited earlier this year as numerous species were photographed using both the overpasses and underpasses with motion-sensing cameras.  Occasionally, however, someone with a sharp eye and a camera handy manages to catch a really great shot, like the one below. 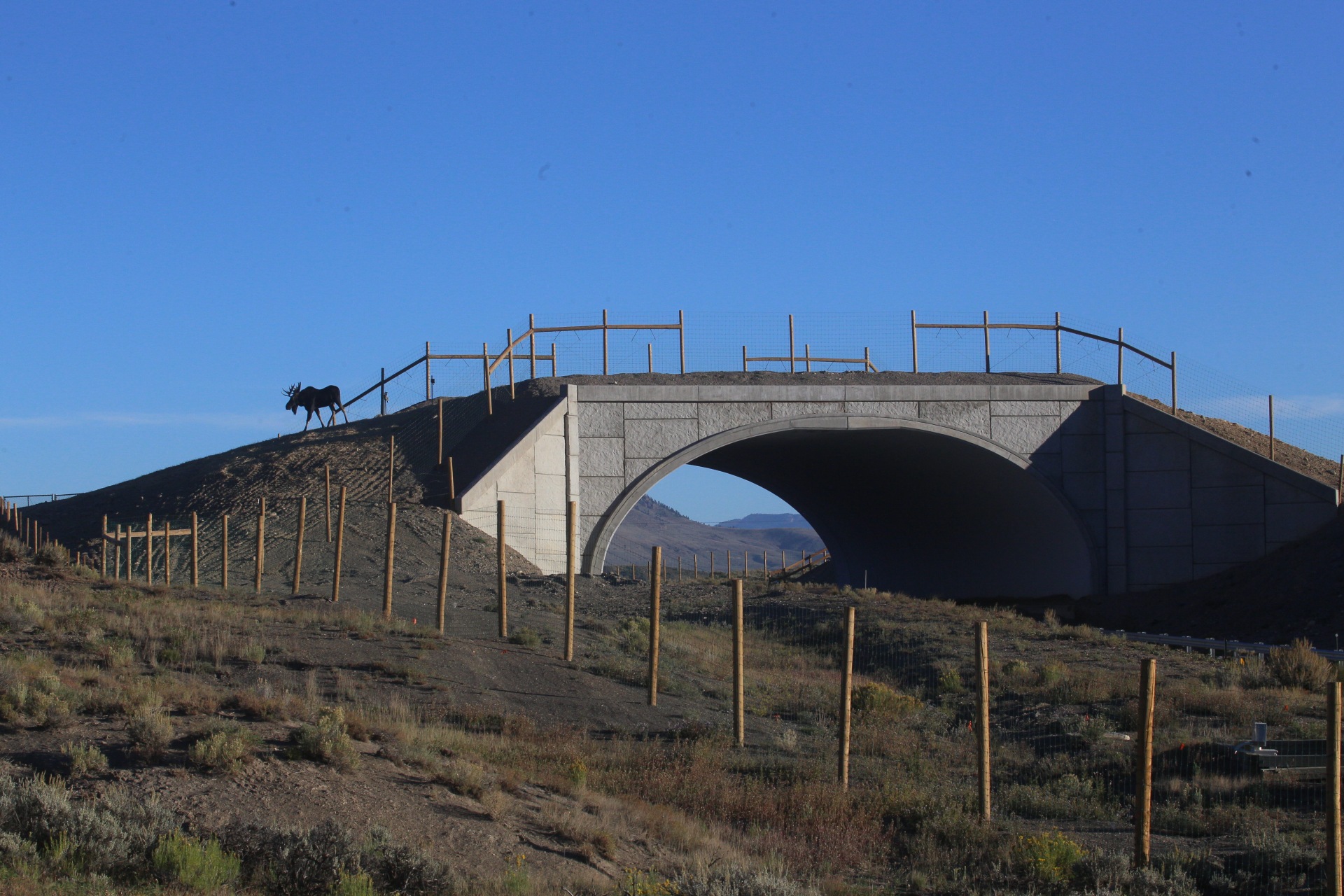 Blue Valley Ranch’s wildlife biologist, Josh Richert, recently spotted this bull moose using the north overpass on a sunny fall morning and captured this photo.  Moose have been documented using the overpasses before, but repeated documentation demonstrates that the animals are beginning to become habituated to using them.  Comparing the time-stamps of photos will even begin to reveal migration patterns for different species, recording what time of year they typically cross and in what direction.

The final completion of the highway project is scheduled for July of 2017, although the majority of the construction will be finished by the end of this season.  As this ground-breaking project draws to a close, the long-term impacts will continue to be revealed with monitoring and more great photos like the one above.