Great wildlife photography is one part preparedness, one part patience, and one part being in the right place at the right time.  These bighorn sheep (Ovis canadensis) are not a common sight around Blue Valley Ranch, so a bit of luck was certainly involved to come across this herd of about 34 animals on Inspiration Point, southwest of Kremmling above Trough Road. 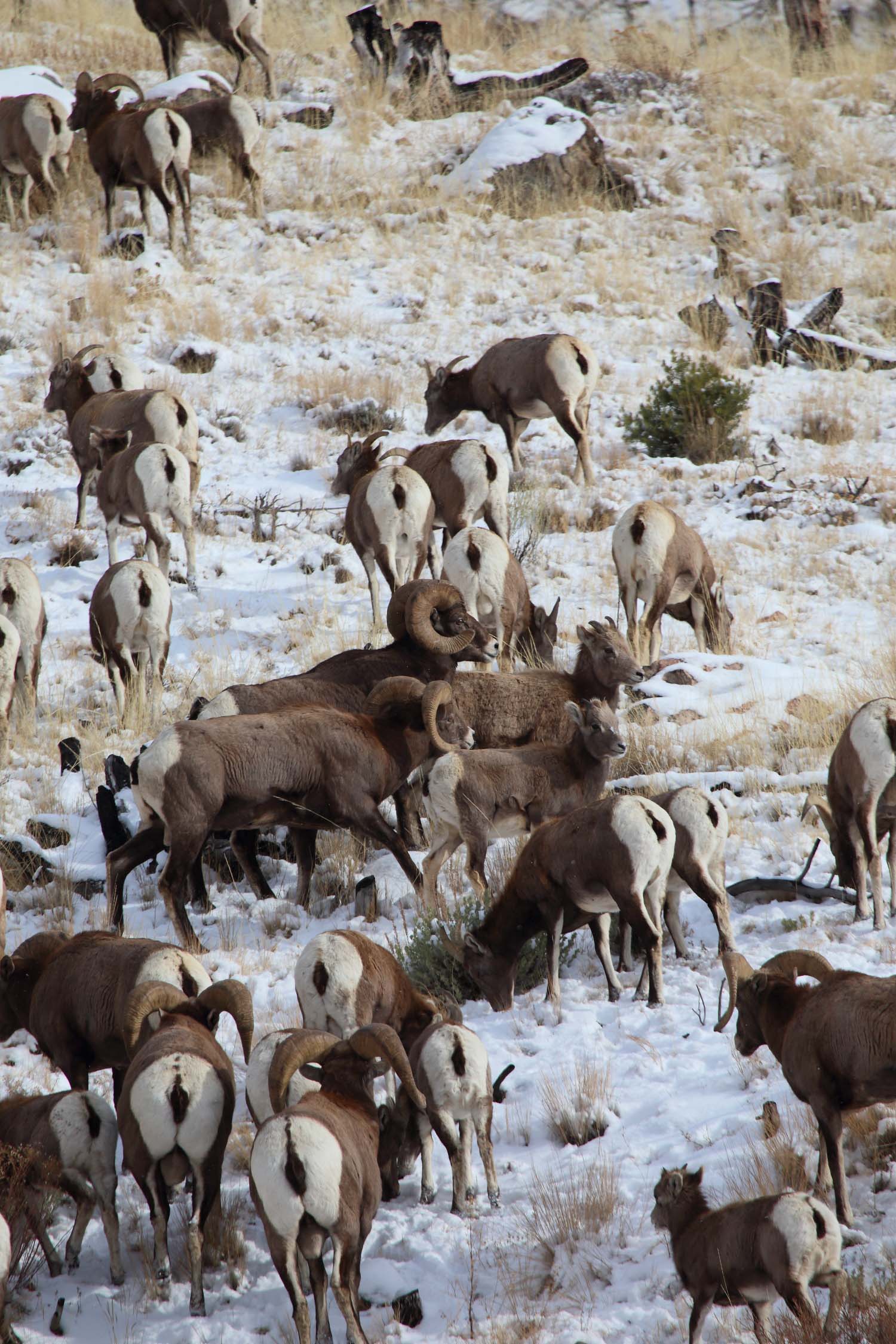 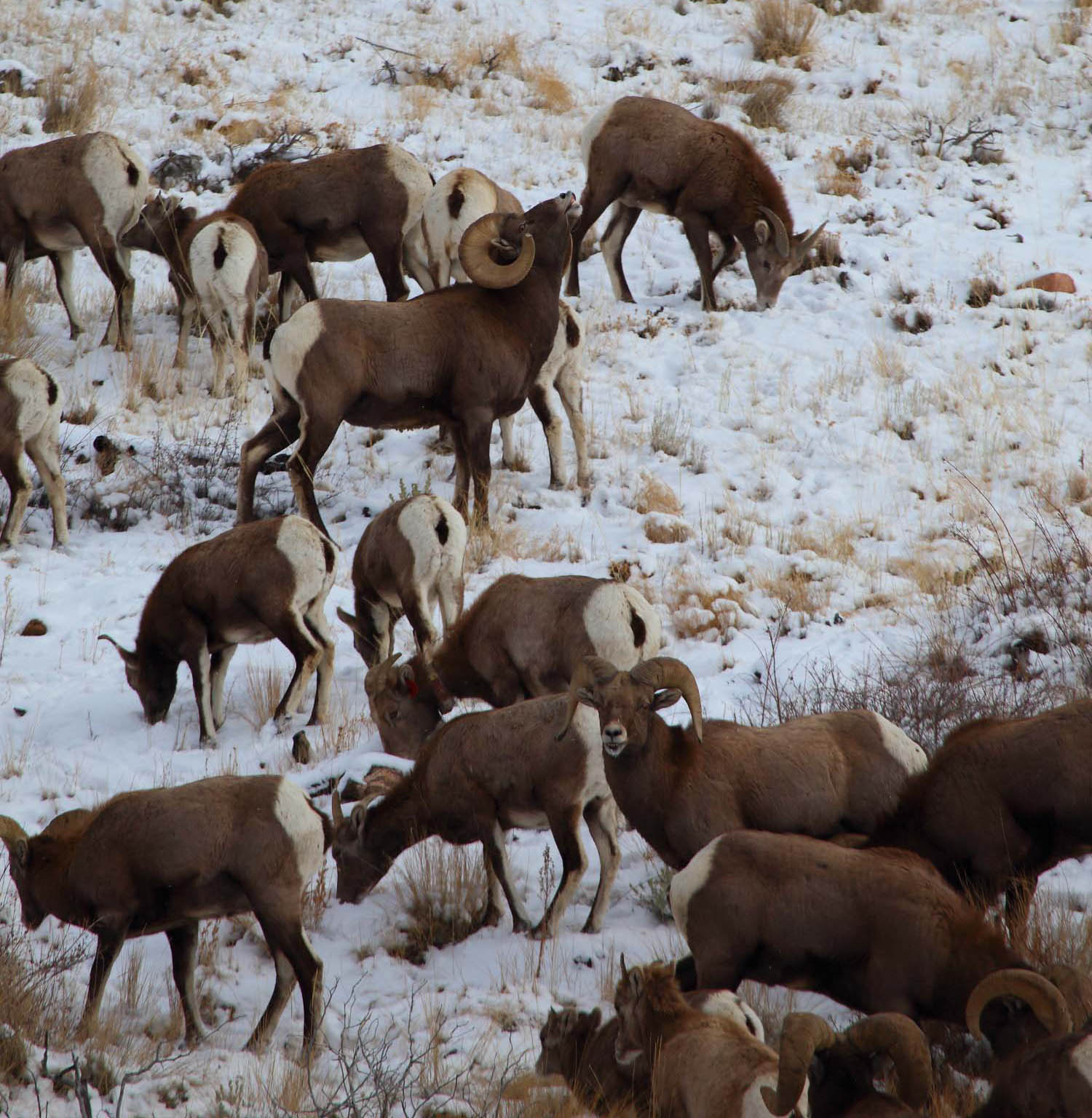 In 2009, Colorado Parks & Wildlife (CPW) conducted a bighorn sheep reintroduction project in Grand County as part of their state management plan for the species.  About 15 animals, including pregnant ewes, were initially captured near Basalt and released near Radium, just west of where these photos were taken.  The small band has grown so much in 8 years that CPW even issued one ram license for the area this year. 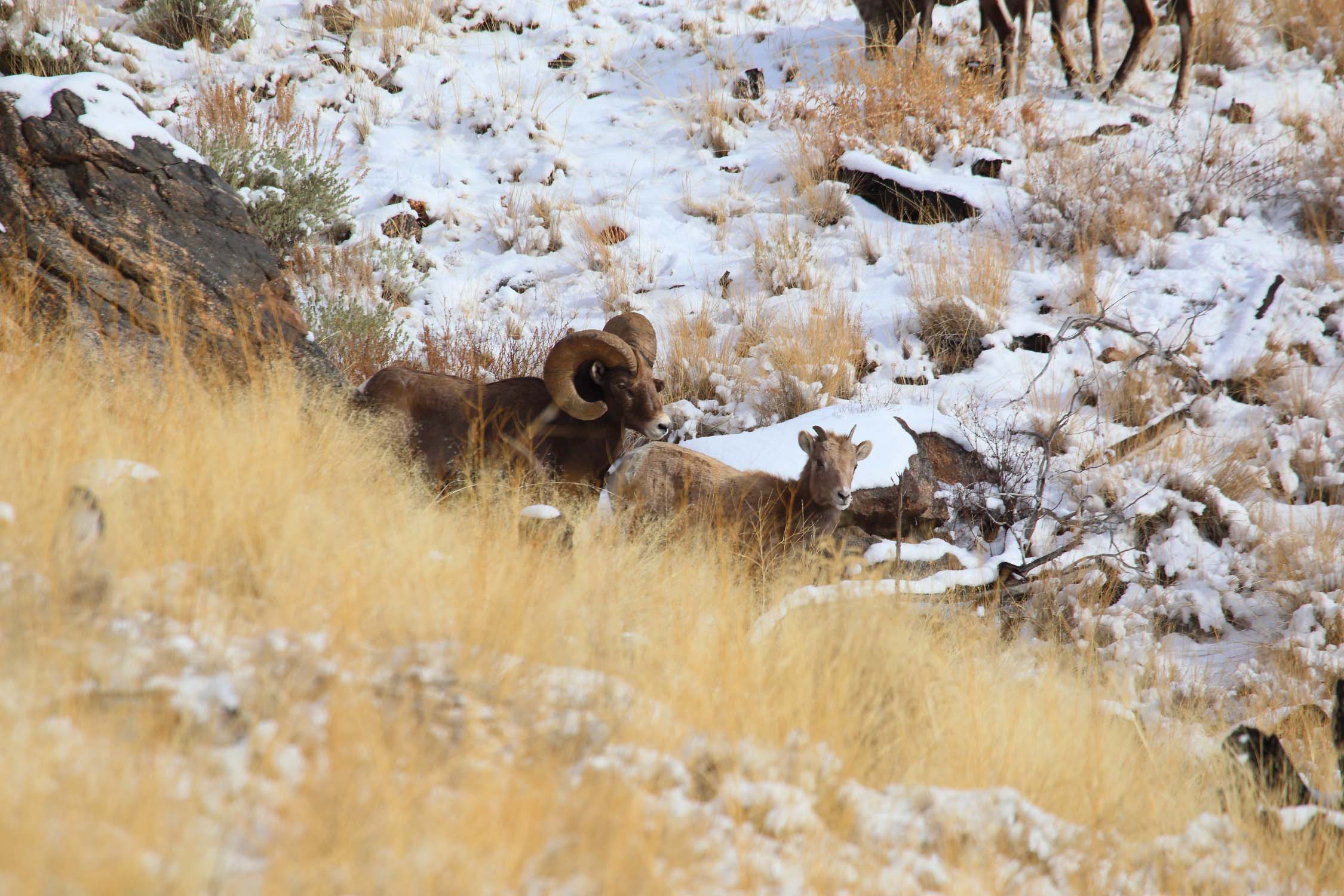 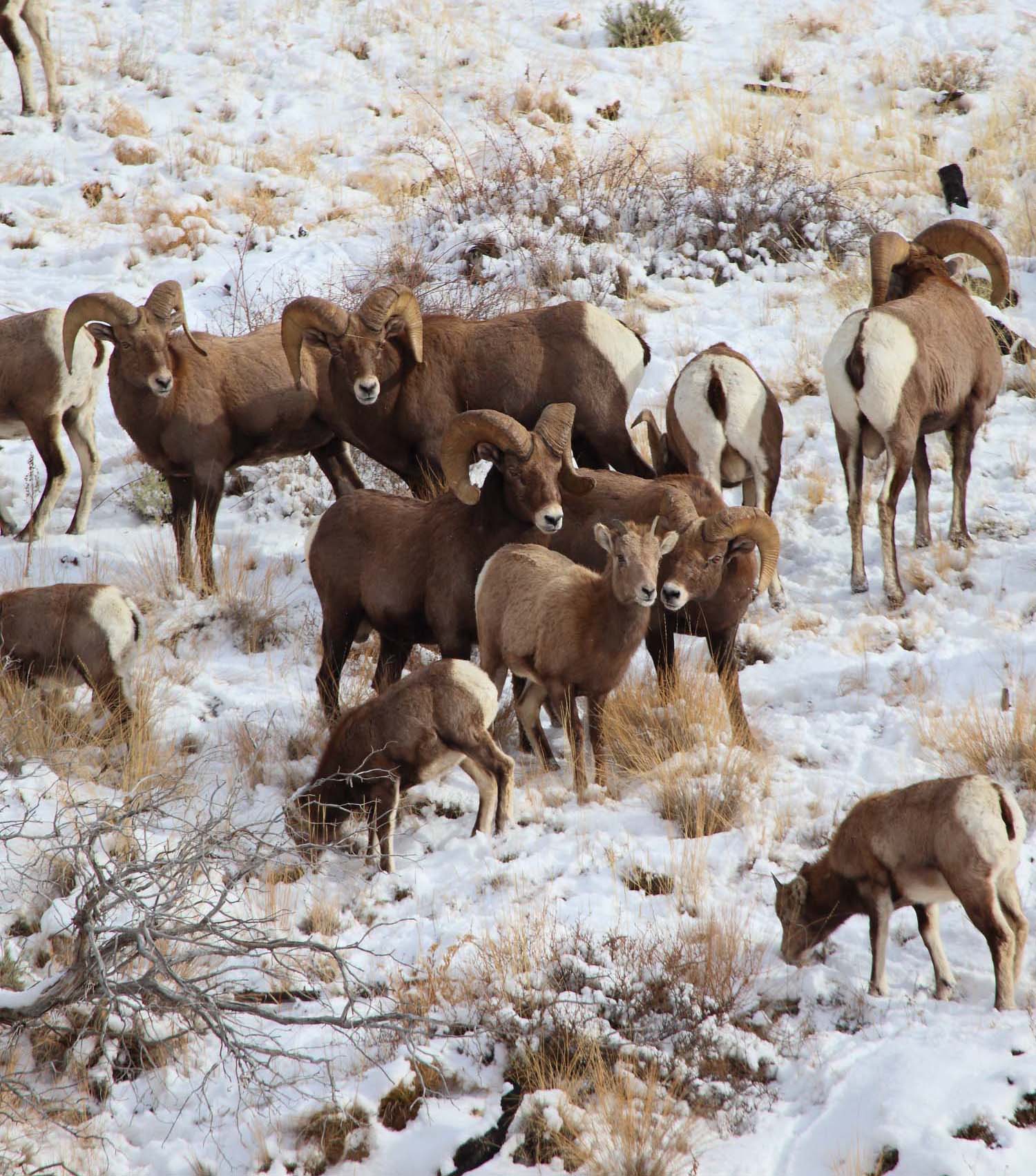 Occasionally, the growing herd wanders onto Blue Valley Ranch where staff have photographed them before.  They have even been captured on camera using the new wildlife crossing structures on Highway 9.  Clearly, the re-introduction project has been a success and the sheep are here to stay. 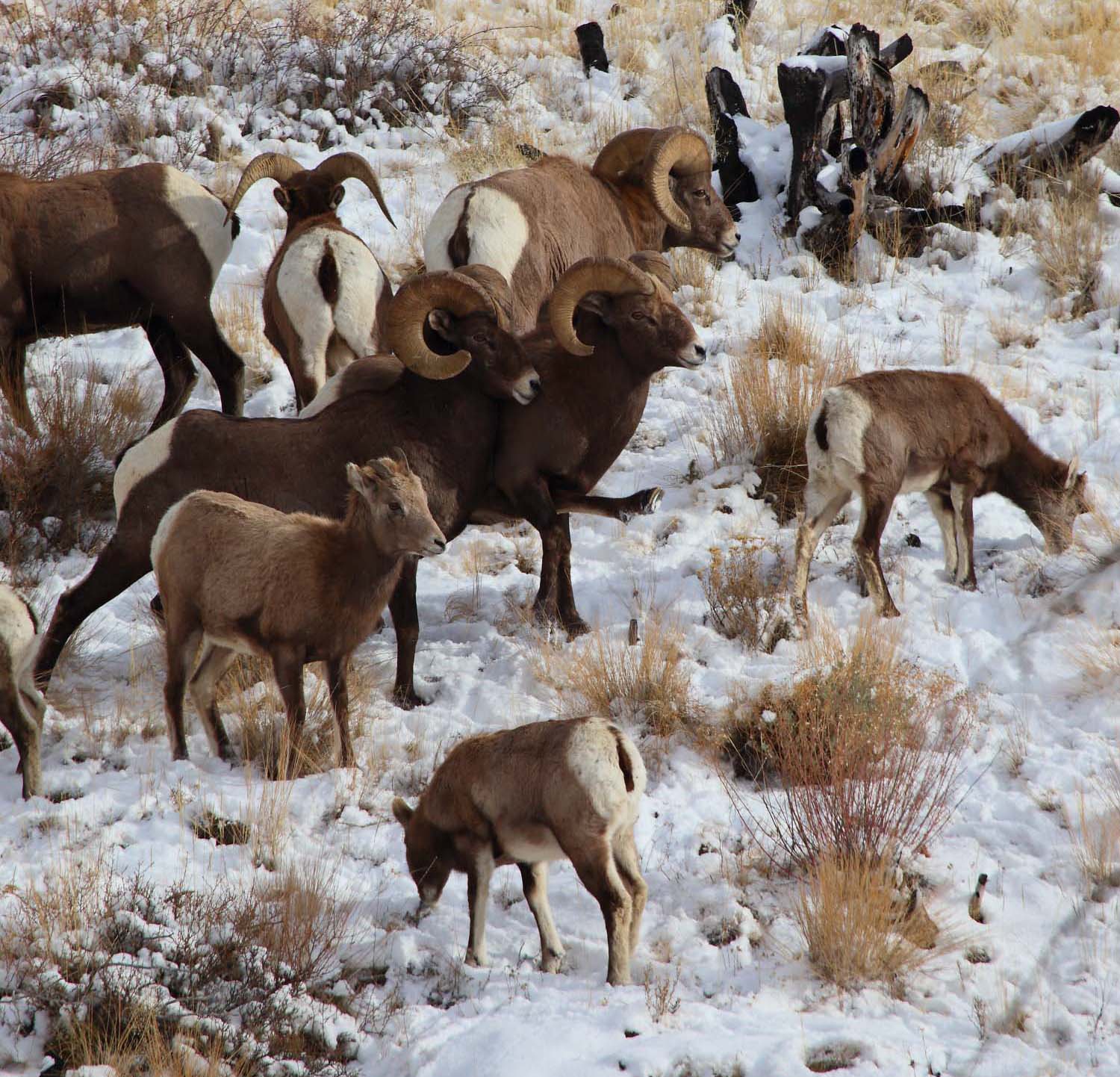 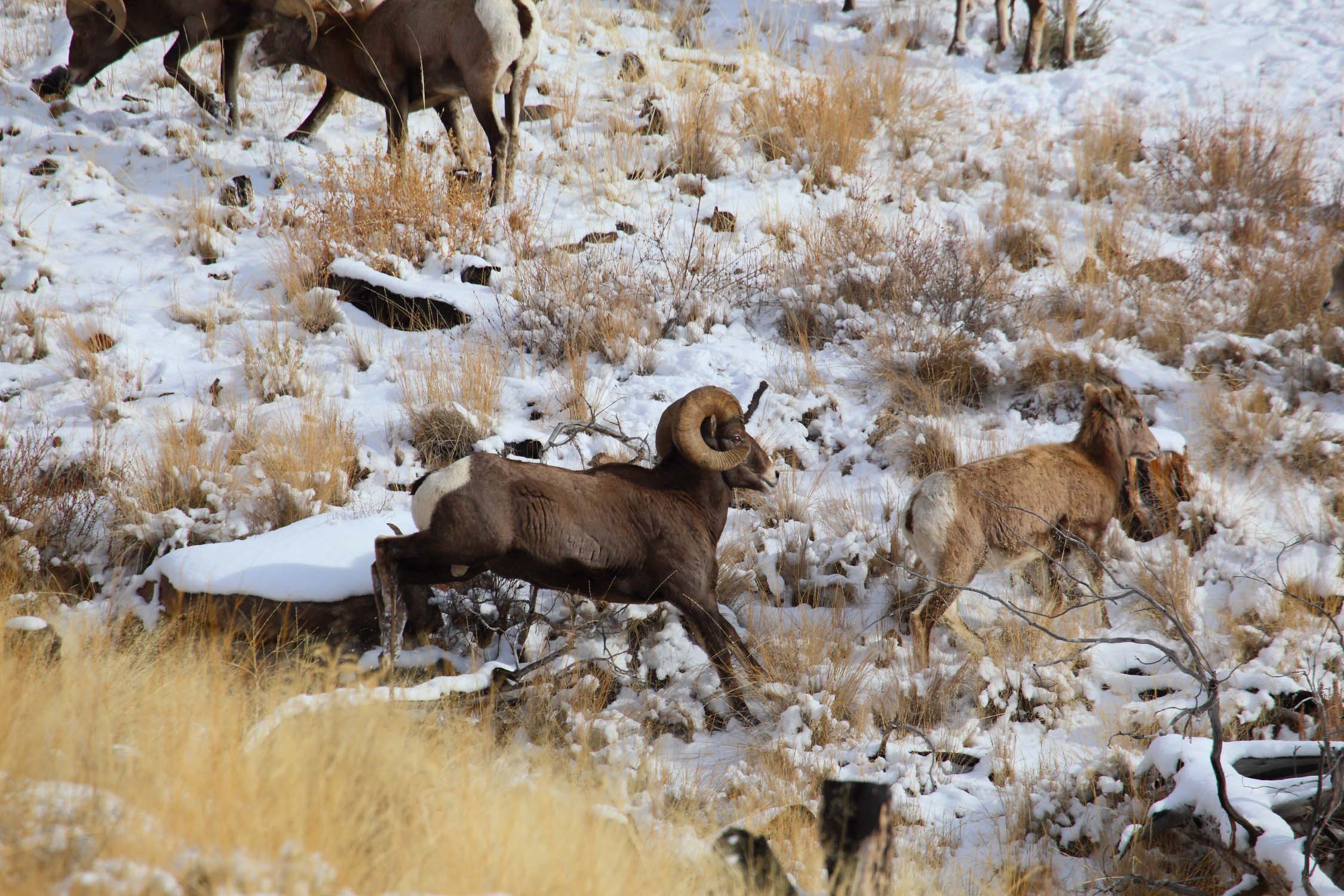 Once again, special thanks to ranch wildlife biologist Josh Richert for the photos!